I just watched the video tutorial of Elia Locardi where he shoots the The Londrangar Cliffs in his F-Stoppers series of videos “Photographing the World”. I have two views of that location – one view from the same side as Elia, but at sunset, and the other one is where the sun is behind us. I looked at my photos of the sunset and first – my composition sucks big time, second – my foreground is just shadows. No matter how hard I try to get anything out of it, it is just one big shadowy grainy mess. I have some cool shots of our group taking photos, but what a shame to have failed this iconic view. A note to future self – don’t be afraid to go past the rope, and, if it looks like it sucks, you can ask the fellow photographers to help out.

Glorious Patrick does what he does best “goes low”. 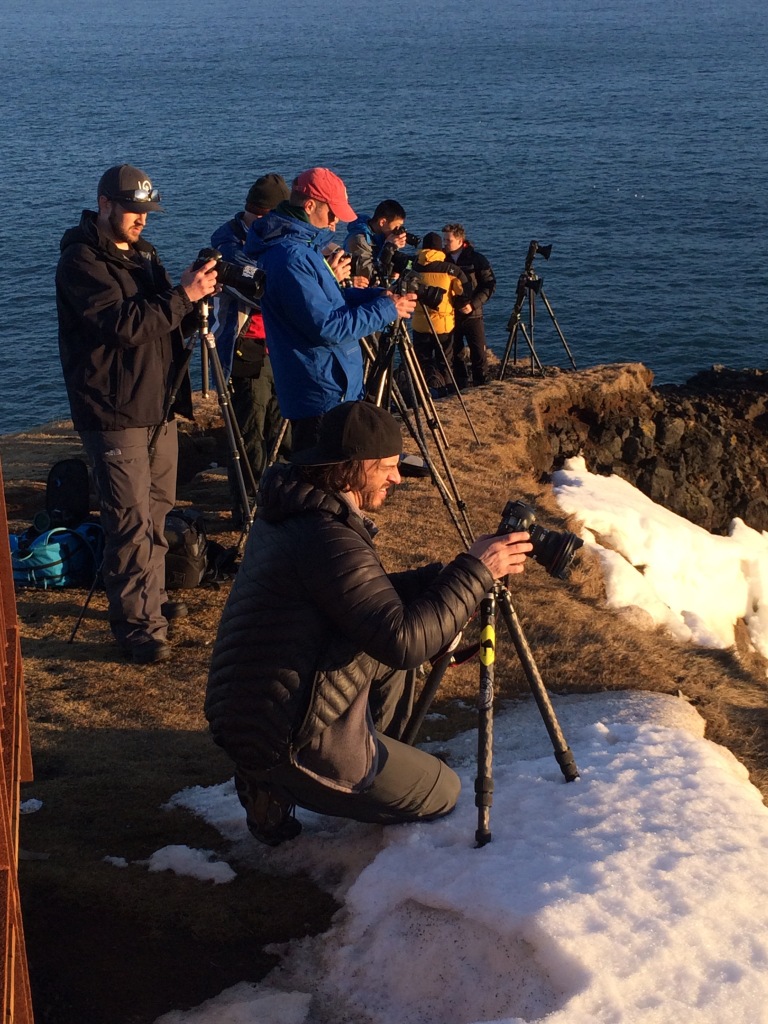 My Canon got a bit carried away with the cold temperatures and the wind (probably due to the fact that this Canon, as well as me, comes from Dubai), so it was taking ranges of 3 brackets by itself with a random time interval. I swear I didn’t even know it is possible. So with the freaking cold wind and my fingers freezing, I decided to leave it doing what it wanted to do. Now I have 560 useless photos. I don’t even know what I was thinking and why I exposed for the sky when it was obvious that the foreground needs some love. Probably it also has something to do with that wind.

Our photography tour leader Mr. Ken Kaminesky was fantastically wise not to have brought the gloves, nor the scarf with him, so at some point he had to leave us because he was more of the piece of ice than a photographic companion, and that’s understandable. Hard to think of the right exposure when your fingers don’t feel anything. I don’t exactly know what happened to Patrick, but Siggi, our Icelandic tour guide, was actually right next to me and asking me what I was doing… as I couldn’t explain now, couldn’t explain then. 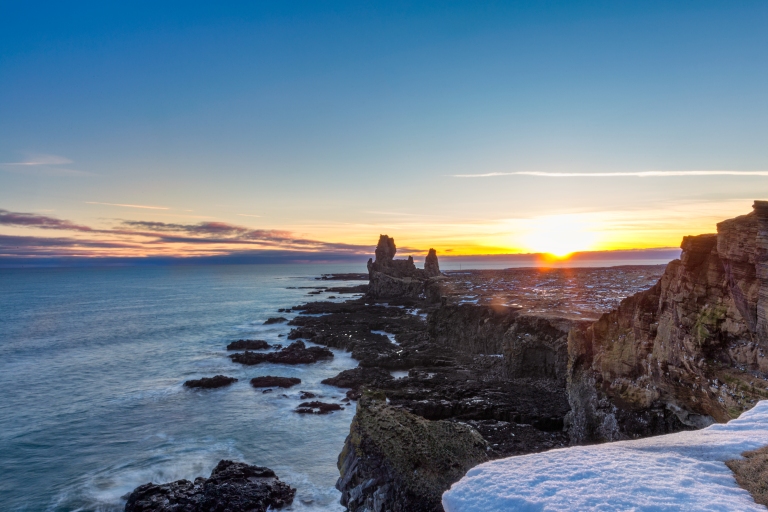 So this sunset is a total failure. And that is pretty much the only sunset where we actually saw the sun. And it got epic. After we got in the bus. As it usually happens.

As we were about to leave the location, Siggi told me, or rather just said out loud: “Watch that cloud on the other side… that one can be a pretty good one”. And that cloud was indeed the thing that saved the night. So, thanks Siggi. 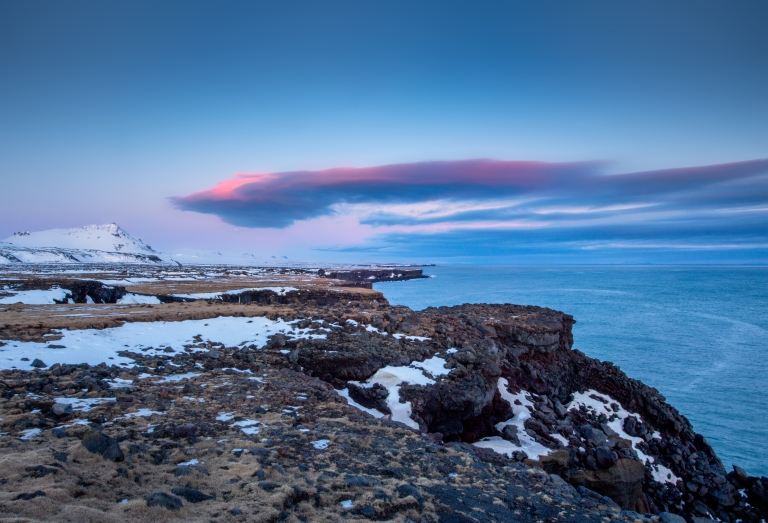 Another reason to go back to Iceland, I challenge myself to shoot this view again. Now I know what is the good composition. I know that I don’t need a polariser, I know that I need a lens hood and warm gloves.

Thanks for stopping by.
Anna

2 thoughts on “If The Sunset is Failing, Turn Around.”